Japanese sake is then simply called “Sake（酒）” during ancient times.
However It came to be called “Nihonshu（日本酒）” which means Japanese alcohol after introduction of some alcoholic beverages  of foreign countries like beer, whisky, wine etc..
And also Japanese sake is sometimes referred to as “Seishu（清酒）” which is the name under Japanese Liquor Tax Law.

Despite of such circumstances we use “Sake” referring to Japanese sake in this site.

In the meanwhile there are some methods to classify such sake so that we can easily select and enjoy it,  about which we mention below.

Sake is classified into premium sake(Tokuteimeishoshu 特定名称酒) and non-premium sake(Futsushu 普通酒) under the Liquor Business Trade Union laws.
Premium sake must keep the following conditions.
– Amount of rice-koji(+) must be more than 15% of the total weight of rice used.
– Total weight of adding distilled alcohol must be less than 10% of rice used.
– Rice used must be third or more grades in agricultural-products inspection.
(+)Steamed rice inoculated with koji mold which is used to change the rice starches into glucose.
Premium sake is further classified into 8categories which are indicated on the following table. 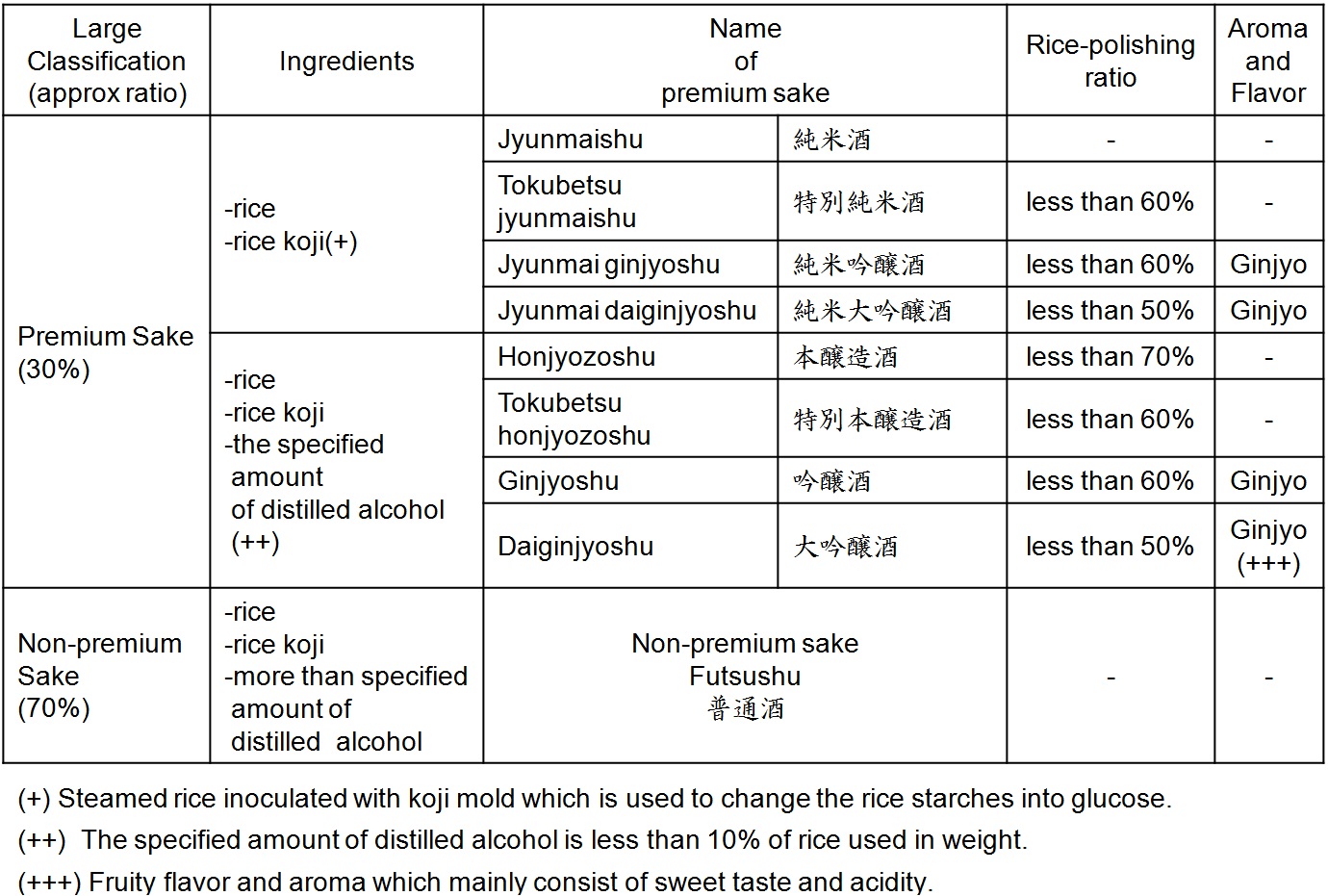 Explanation of Japanese characters used for the classification of sake is shown here.

The classification method accepted most widely is created by The Sake Service Institute(SSI).
Although this method is somewhat rough as a method of classifying sake with a complicated taste, it can also be said to be the method of being useful for easy understanding of types of sake.
In this method every sake is classified into 4 categories based on the combination of aroma and flavor, which is explained by the matrix chart below. 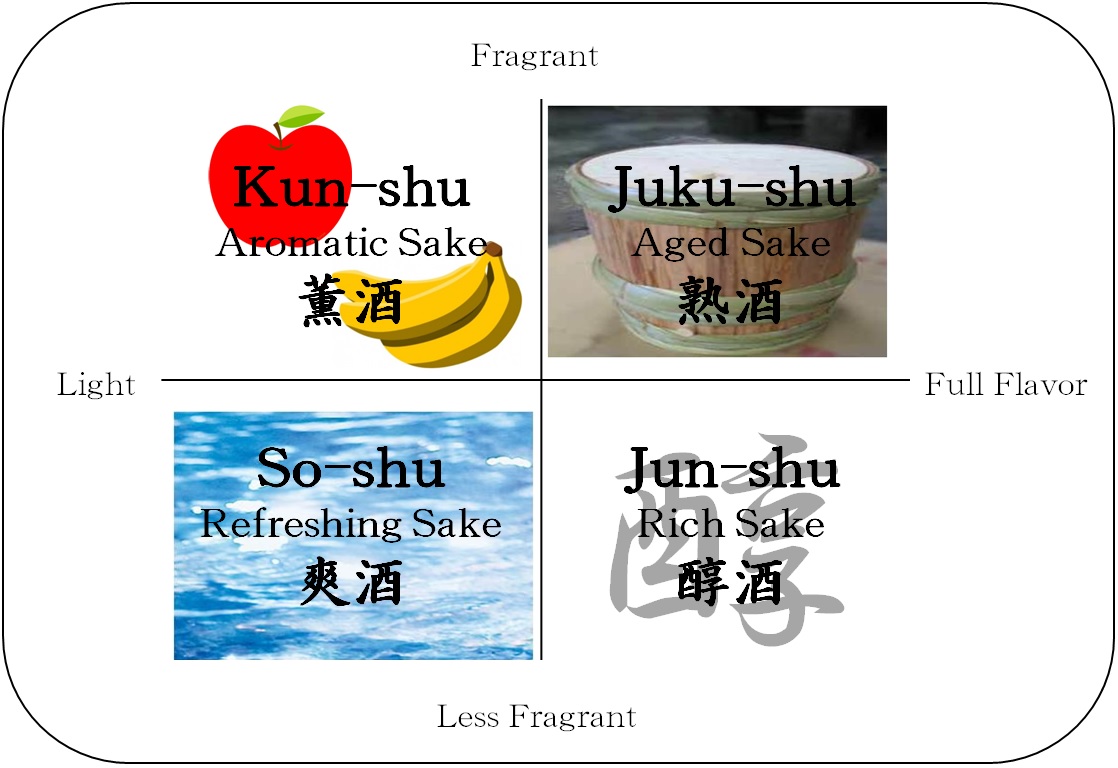 (1)Kun-shu(Aromatic Sake 薫酒)
Kun-shu has typically includes fruity flavor and aroma which is mainly consisting of sweet taste and acidity like some fruits such as apples, bananas.
Ginjyoshu(吟醸酒),DaiGinjyoshu(大吟醸酒),Jyunmai ginjyoshu(純米吟醸酒) and Jyunmai daiginjyoshu(純米大吟醸酒) are mainly included in this category.

(2)So-shu(Refreshing Sake 爽酒)
So-shu has lightest aroma and flavor and is fit for various dishes well.

3.The name of sake classified by difference in the brewing process

Please give me your opinion!